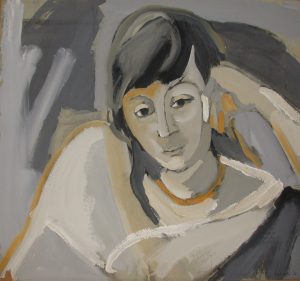 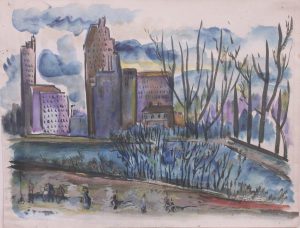 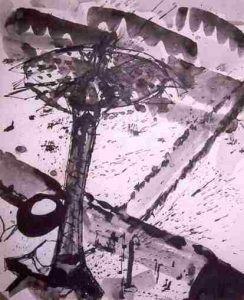 A woman ahead of her time, Anna Walinska (1906-1997) enrolled in the Art Students League at the age of 12 and subsequently created over two thousand works on canvas and paper over nine decades. Just in time to celebrate Women’s History Month, a selection from this vast portfolio titled “Anna Walinska’s New York” will anchor a new exhibit “Celebrating 100 Years of Women Painters“ at The Union League Club in New York. The opening reception will take place on Thursday, March 3 from 6-8 PM and the show will continue, by appointment, through March 31, 2016.

Born in London and raised in New York City, Walinska left at the age of 19 to study painting in Paris where she lived around the corner from Gertrude Stein, studied under André Lhote and spent time with Poulenc and Schoenberg at the literal center of the modernism movement. “Anna Walinska’s New York” captures these and other in uences from her work and travel in a collection of paintings inspired by the city and created between the years of 1918-1983.

The show includes a robust representation of Walinska’s styles and techniques, beginning with her oldest known work, The Family (1918), a watercolor she painted while studying at the Art Students League. At the other end of the spectrum is New York Collage (1980), where Walinska layers colorful elements onto an earlier abstract black & white canvas. Other notable works include a number of self-portraits painted throughout her lifetime, and two depictions of her younger sister in Portrait of Emily (1930 and 1961). The earlier work, a traditional portrait in oil on canvas, was rst exhibited 80 years ago, garnering a review by ArtNews in May 1936. The later work, done in casein on paper, is an abstract interpretation that re ects Walinska’s black and white palette of the 1950s and 60s.

“The stars have aligned with this opportunity to feature Walinska’s work as part of the ‘Celebrating 100 Years of Women Painters’ show at the Union League Club during Women’s History Month,” notes Rosina Rubin, Walinska’s niece and co-curator of the show. “It’s exciting that we are starting to see the emergence of many women artists who were present at the birth of Modernism. I’m grateful to Diane Jensen, Beth Harrington Barker, and the Union League Club for the opportunity to shine a light on my aunt’s amazing talent by showcasing many of the works she was inspired to create by the city she called home.”

Beyond being an artist herself, Walinska also served as an in uencer and tastemaker in the art world. In the WPA era, she founded a gallery on 57th Street, and gave Arshile Gorky his first one-man show in New York. The two enjoyed a close relationship, well annotated in several books on Gorky’s life. One of Walinska’s many portraits of the artist, Gorky (1936), is featured in the exhibit.

As Walinska’s career continued to unfold, she danced amenco at Town Hall to bene t the Spanish Loyalistas, and served as Assistant Creative Director of the Contemporary Art Pavilion at the 1939 New York World’s Fair. Included in the show is an ink on canvas titled Parachute Jump (1945), a ride that debuted at the 1939 World’s Fair and subsequently moved to Coney Island.

In the 1950s, Walinska traveled around the world, alone, on prop planes – something unheard of in that era. Her diary of this six month journey now resides in the Archives of American Art at the Smithsonian Institution, featuring stories about her adventures with journalist Joseph Alsop, Burmese Prime Minister U Nu, and many other writers, artists and diplomats.

Despite not receiving huge acclaim during her lifetime, works by Walinska are featured in numerous public collections, including the National Portrait Gallery, the National Museum of Women in the Arts, the Smithsonian American Art Museum, the U.S. Holocaust Memorial Museum, the Rose Art Museum at Brandeis University, the Johnson Museum at Cornell, the Zimmerli Museum at Rutgers, and Yad Vashem.

During her lifetime, Walinska’s work was exhibited in the U.S. and abroad, at venues including the Jewish Museum in New York (solo retrospective, 1957), the Museum of Modern Art, the Metropolitan Museum of Art, the Baltimore Museum of Art, the Pennsylvania Academy of Arts, the Salon des Independents in Paris, the Marie Harriman Gallery in NYC, and in numerous exhibitions with the American Artists Congress, the Federation of Modern Painters & Sculptors, and the National Association of Women Artists.