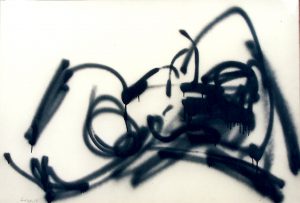 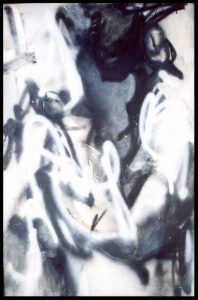 For the past 123 years, Pen + Brush has been dedicated to promoting the work of women in the literary and visual arts. This summer, Pen + Brush will open its gallery walls to the NYC community, inviting female graffiti and street artists, writers and the public, to create art and conversation in the presence of the work of four trailblazing women artists:

Rosina Rubin, Walinska’s niece and the conservator of her impressive body of work, has been raising Walinska’s profile in recent years with a number of high-profile exhibits and events. When she learned about Pen + Brush’s concept for this upcoming show, Rubin saw a fortuitous paring between an organization in support of women artists and the life and legacy of Anna Walinksa.

“In 1959 my late aunt Anna Walinska was shopping for sewing supplies at the ‘five & dime,’ spotted spray paint in a can, and took it back to her studio to explore what she could do with it,” explains Rubin. “She certainly never imagined that almost 60 years later her work would be shown alongside that of legendary graffiti artist Lady Pink, but I know she would have been proud to be a part of this show.”

By working to bring a diverse collection of artists and writers to the gallery space, Pen + Brush hopes to encourage the New York City community to engage in a dialogue not only with the work of these artists but with each other. Throughout the exhibit, Pen + Brush will hold a series of writing and graffiti workshops and other events.