New Exhibit Honors Artist Anna Walinska in Landmark New York Building Where She Exhibited, Taught and Found her Voice as an Abstract Expressionist 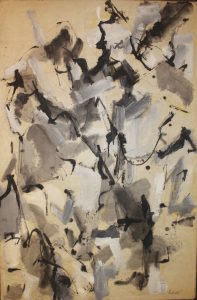 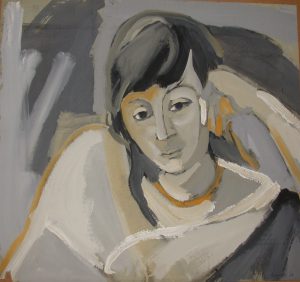 In conjunction with the 90th anniversary of the Master Building, former home of The Riverside Museum, Anna Walinska: Return to the Riverside will showcase works created during Walinska’s studio residency (1955-1971) at this iconic cultural New York City landmark. Curated by Michael Alicia and Jan Fort, the show will be on view from October 24, 2019 through January 24, 2020 and includes drawings, paintings and collages that showcase the breadth of Walinska’s range and her talent as an abstract expressionist.

In addition to being an artist in residence and a teacher at The Master Institute, beginning in 1954 Walinska showed her work in at least 16 exhibits at 310 Riverside Drive, then the Riverside Museum, now the location of The Master Gallery. There she exhibited alongside other emerging artists including Louise Nevelson, Milton Avery, Jasper Johns, Barnett Newman, Alice Neel, Ethel Schwabacher, Lily Ente and Sari Dienes.

Works created by Walinska in this building have been shown in such major institutions as the Museum of Modern Art, the Cathedral of St. John the Divine, the Baltimore Museum of Art and Le Chateau de la Napoule in France. In addition, her paintings from this period are in numerous private and public collections, including The Jewish Museum, the Denver Art Museum, and Yad Vashem.

“It’s an honor to showcase the building’s long-standing connection to the art world and to revisit the Riverside Museum’s devotion to contemporary art by American artists,” explains Curator Michael Alicia. “It’s amazing that we are able to bring an artist of Walinska’s caliber ‘home’ to where she worked and taught for so many years.” Rosina Rubin, Walinska’s niece and custodian of the estate, has vivid childhood memories of the Riverside Museum, where her aunt and friends – Nevelson, Dienes, Ente and other artists of the New York scene – showed cutting edge work and welcomed her to their fabulous opening parties. Rubin worked with the curators to bring the show to life through a mutual connection,
framer Ilana Lobet.

“I am excited to bring Anna Walinska’s work back to the place where she created and exhibited for 17 years, during the period when she came into her own as an abstract painter,” Rubin explains. “It’s no coincidence that I sought out framer Ilana Lobet when I heard that she had a studio at 310 Riverside. I am grateful that Ilana proposed the idea of having a Walinska exhibition at The Master Gallery and introduced me to Michael and Jan, from which a joyful partnership resulted.”

“Anna Walinska: Return to Riverside will be The Master Gallery’s 25th show and an important inflection point in Walinska’s reemergence into the art world,” notes Curator Jan Fort. “Hosting this exhibition brings the mission of the original building full circle.”

About The Master Gallery

The Master Building opened in 1929, and is still the tallest residential building on Riverside Drive. It takes its name from the Master Institute of United Arts, founded by Nicholas Roerich and his wife Helena in 1920, with support from philanthropist and developer Louis Horch. From the start, the art deco building played a major role in New York City, housing first the Roerich Museum and then the Riverside Museum, as well as an arts school and the Equity Library Theater. Nettie Horch, and later her daughter, Oriole Farb Feshbach, became the creative directors. The Riverside Museum closed in 1971, and its permanent collection, including one of Anna Walinska’s paintings, became part of The Rose Art Museum at Brandeis University in Waltham, Massachusetts.

In 2013, curators Michael Alicia and Jan Fort, under the auspices of the co-op’s board, founded The Master Gallery in the lobby of 310 Riverside Drive.

The Master Building was listed on the National Registry of Historic Places in 2016.