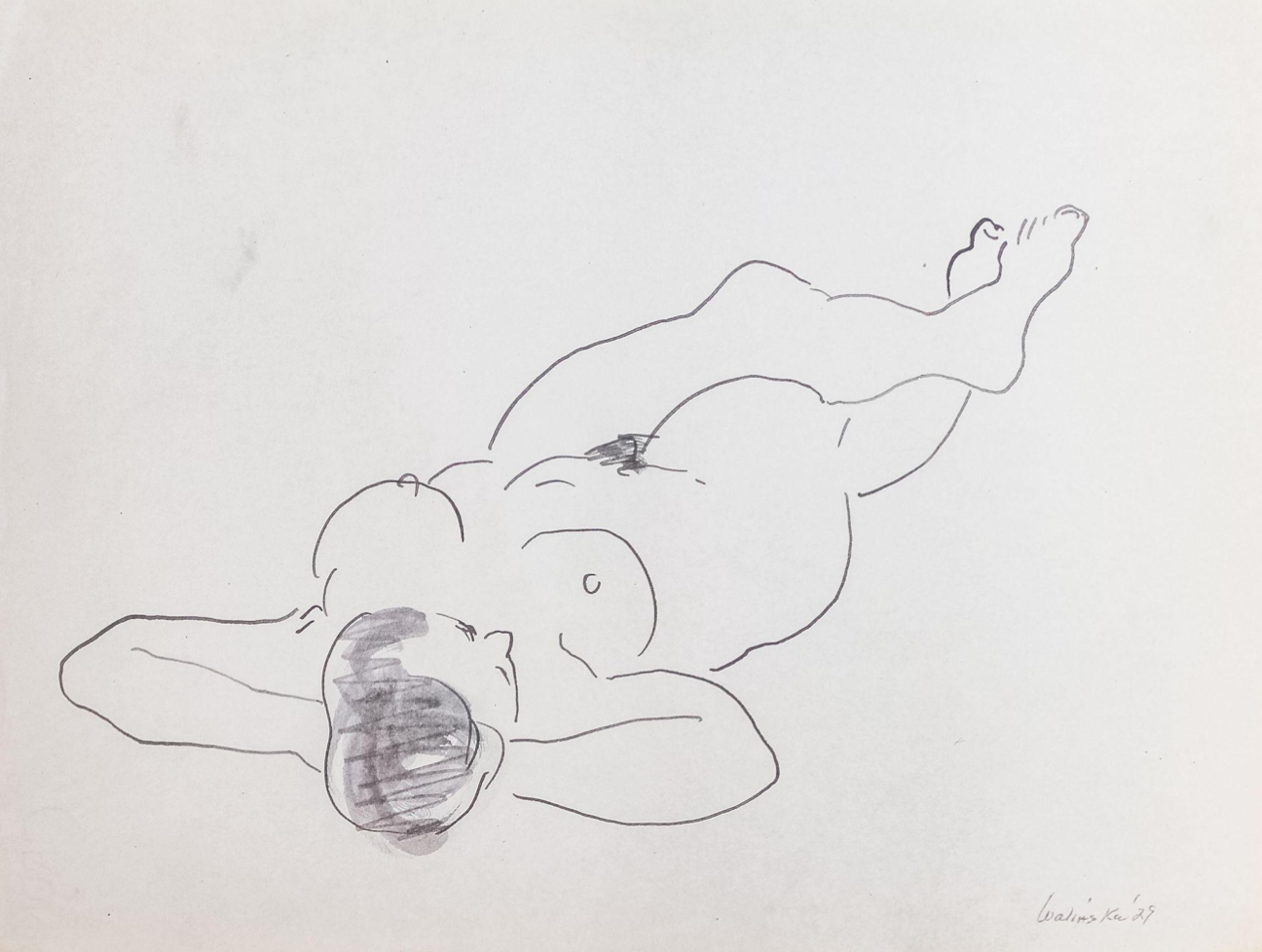 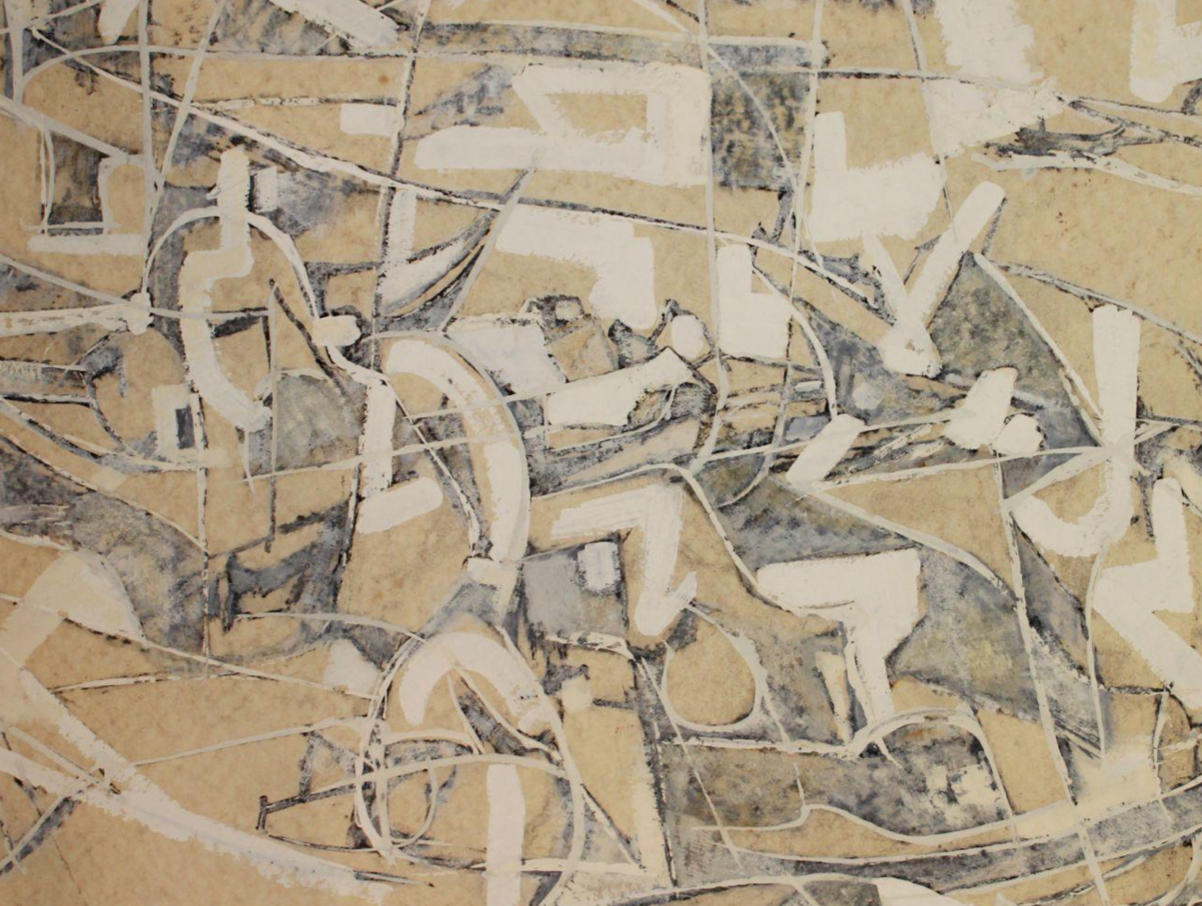 Graham Shay 1857 presents Calligraphy of Line: The Drawings of Anna Walinska (1906-1997), which brings together a dynamic selection of the daring artist’s works on paper from the 1920s and 1950s. At a time when women were expected to marry young and devote themselves to raising children, Walinska instead dedicated her life to the arts, unabashedly experimenting with different mediums and styles throughout her career. She spent time in Paris learning from the avant-garde, opened an art gallery in Manhattan where she gave Arshile Gorky his first solo show in New York, exhibited with the New York School, painted with Burmese artists en plein air, and traveled solo across Asia into Europe. She also earned two retrospectives during her lifetime – the first at the Jewish Museum in 1957, the second at the Museum of Religious Art, Cathedral of St. John the Divine, in 1979. Beyond her career in the visual arts, she ventured into the performative arts as a singer, dancer, and thespian.

Corresponding with the 2023 edition of Master Drawings New York, Calligraphy of Line features a number of works on paper inspired by Walinska’s international travels. Two distinct series will be represented: Nude figure drawings sketched from live modeling classes in Paris during the 1920s, and abstract works on paper inspired by Burma [now Myanmar] from the 1950s. The common thread between these bodies of work is a careful and intentional use of line; bold, thin, sweeping lines characterize the Paris drawings, while angles and curves weave together to form compelling compositions in the Burma pieces. By placing these series into conversation with one another, they can be compared and contrasted to highlight Walinska’s artistic evolution. The title of the show refers to the beginnings of her figurative work in Paris, about which she later said “I developed the calligraphy of line that stayed with me from then on.”

Walinska traveled from her hometown of Brooklyn to Paris in 1926, where she would spend a majority of the next four years before returning to the States. She had been making art since childhood, and as both she and her practice matured, she deeply wanted to draw nudes from life. In Paris, she was able to do just that, finally enrolling in a figure drawing course where she would sketch bodies of different genders, races, sizes, and shapes. She produced hundreds of line drawings, delicately capturing her subject’s form in visceral, unplanned sketches that nod toward the artist’s natural grasp on composition. Walinska arguably would have been a champion of the body positivity movement today – beyond her admiration of the human form, she painted nude self portraits and modeled for other artists.

Taking the European “Grand Tour” tradition to a new level, the artist embarked on a six month international journey from 1954-1955. She first traveled to Honolulu, then Tokyo, Hong Kong, Bangkok, Burma, New Delhi, Karachi, Cyprus, Israel, Istanbul, Athens, Rome, Perugia, Florence, Venice, Pompei, Naples, Sorrento, Capri, Nice, Barcelona, Madrid, Toledo, Lisbon, and finally to Bermuda. She sojourned in Burma for over three months of the trip, where she would paint multiple portraits of Prime Minister U Nu, teach craftsmen how to construct easels and stretch canvas, and paint some of the region’s most beautiful landscapes. “It was a remarkable experience for me socially as well as culturally. I came back from Rangoon [now Yangon] very much enriched. I painted for years under the influence of Burma.” The Burma-inspired works evince a stylistic maturity that draws from the color palette and spiritual energy of the country. Featured in the exhibition, Sacrifice of Isaac #1 was started in 1953 before Walinska’s global escapade, but completed in 1955 after her return. It is suspended between figuration and abstraction, and while many of the other Burma pieces lean more towards abstraction, they all retain a sense of representation. Her early studies in Parisian figure drawing classes undoubtedly informed and laid the foundation for these stunning works on paper.

Both the Parisian drawings and Burmese works are linked through form, but also by their inspiration: Travel. Walinska only married briefly and never had children – instead, she followed her passions for art, music, dance and theater, forged meaningful relationships with nieces and nephews, and saw more of the world than many of us will now, in a digital age that has made travel exponentially more accessible. Rather than fearing the unknown, Walinska jumped in head first, seeking to learn, experience, and grow through all of her endeavors. Today, her work can be found in the collections of renowned institutions like the Baltimore Museum of Art; Denver Art Museum; Yad Vashem, Jerusalem; Jewish Museum, New York; Tel Aviv Museum of Art; National Museum of American Art, Washington, DC; Phillips Collection, Washington, DC; and the Hudson River Museum,
Yonkers.

Although Walinska was featured in exhibitions at the Metropolitan Museum of Art and the National Academy of Design, exhibiting alongside important contemporaries like Fernando Botero and Louise Nevelson, many art lovers are unaware of her work. Like a number of female artists, she has been overshadowed by her male counterparts in art history canon and deserves a second look. Calligraphy of Line is Walinska’s first solo exhibition at a New York art gallery since 1961, on view from January 20th to February 24th at our permanent gallery space at 17 East 67th Street, New York, NY.